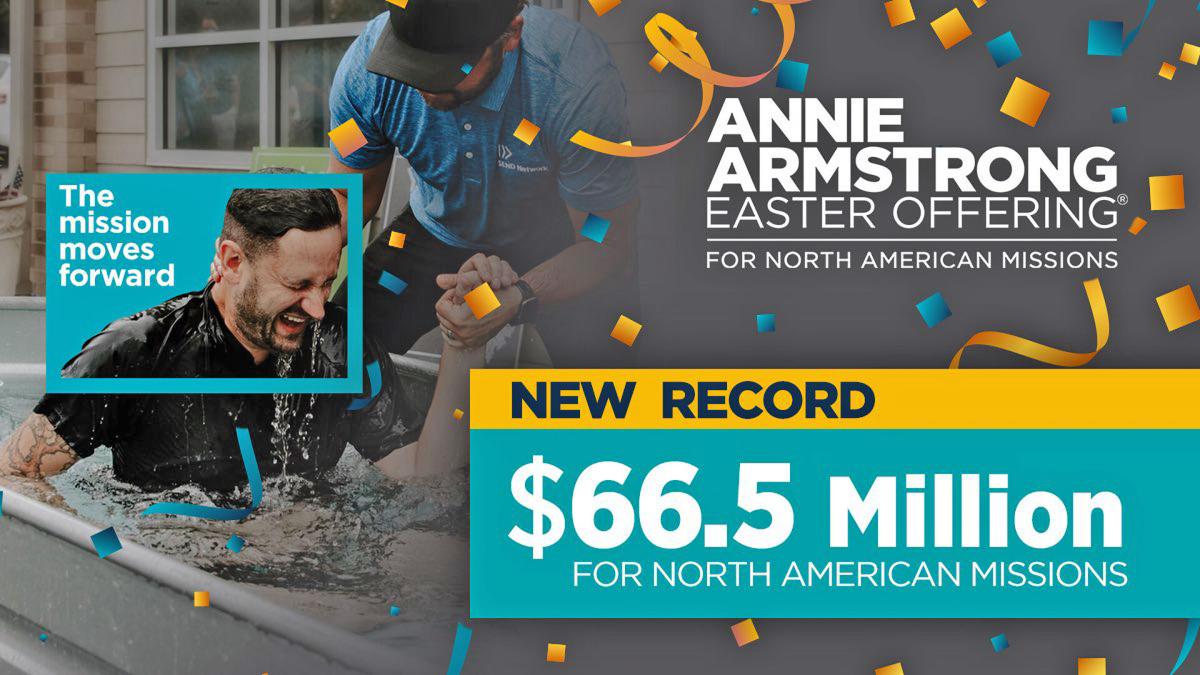 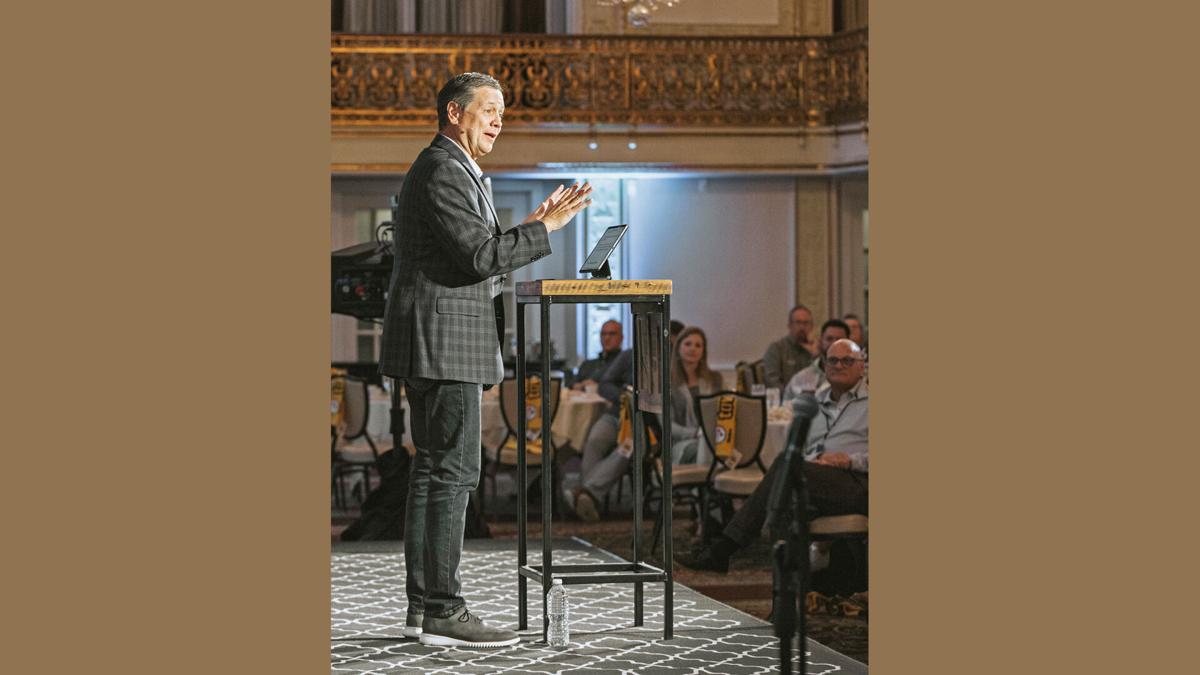 Kevin Ezell, president of the North American Mission Board announced Oct. 4, that the 2021 Annie Armstrong Easter Offering for North American Missions surpassed all previous giving records. The offering, all of which supports mission work on the field, totaled $66.5 million. Ezell shared the news at a dinner with NAMB trustees during their meeting in Pittsburgh. SN5057

Kevin Ezell, president of the North American Mission Board announced Oct. 4, that the 2021 Annie Armstrong Easter Offering for North American Missions surpassed all previous giving records. The offering, all of which supports mission work on the field, totaled $66.5 million. Ezell shared the news at a dinner with NAMB trustees during their meeting in Pittsburgh. SN5057

PITTSBURGH (BP)– After a pandemic-influenced decline in 2020, Southern Baptists rallied to give $66.5 million to the Annie Armstrong Easter Offering in 2021, which is the highest amount ever given to the offering that supports missions in North America. North American Mission Board president, Kevin Ezell, announced the total during the entity's fall trustee meeting in Pittsburgh.

"The hard part about this year is we didn't really know exactly what to expect," Ezell said, referring to the COVID-19 pandemic and other unrest. "But thank goodness, Southern Baptists love their missionaries and give sacrificially, and that's why it's humbling and with a great sense of gratitude that we can share the total this year is $66.5 million." "There are a lot of things Southern Baptists have in common: a steadfast love for Christ, a commitment to the Great Commission and Southern Baptists love their missionaries," Ezell said.

Southern Baptist giving to the offering set records for three consecutive years in 2017, 2018, and 2019 before pandemic shutdowns occurred in 2020 during the season when churches typically collect the AAEO, which supports NAMB missionaries who plant Gospel-proclaiming churches and provide gospel-focused compassion ministry across North America.

The 2021 offering pushed the cumulative sum of gifts given to the AAEO past the $2 billion mark since the Woman's Missionary Union organized the first collection for the Home Mission Board (the predecessor to NAMB) in 1895. WMU named the offering for Annie Armstrong, a woman who encouraged expanding missions efforts and mobilized Southern Baptists to support missionaries.

"Woman's Missionary Union was led for many years by Annie Armstrong. She exemplified passionate and prayerful support of missions," said Sandy Wisdom-Martin, executive director-treasurer of the national WMU, in written comments. To this day, WMU continues to be a key partner in promoting the offering and encouraging churches to give. Together, they carry on Armstrong's legacy of engaging churches in local mission work.

"God placed the idea for a home mission offering on Annie's heart. She tirelessly championed Baptist home mission causes," Wisdom-Martin said. "In grateful appreciation of this heritage, we extend our heartfelt appreciation to Southern Baptists for advancing His Kingdom through their intercession and sacrificial gifts to His Great Commission." Gifts to the Annie Armstrong Easter Offering provide support for thousands of missionaries who plant churches in unreached communities and meet needs through compassion ministry. More than 50 percent of NAMB's budget comes from the AAEO. Every dollar goes directly to the mission field during the year those gifts are collected to support Southern Baptist missionaries.