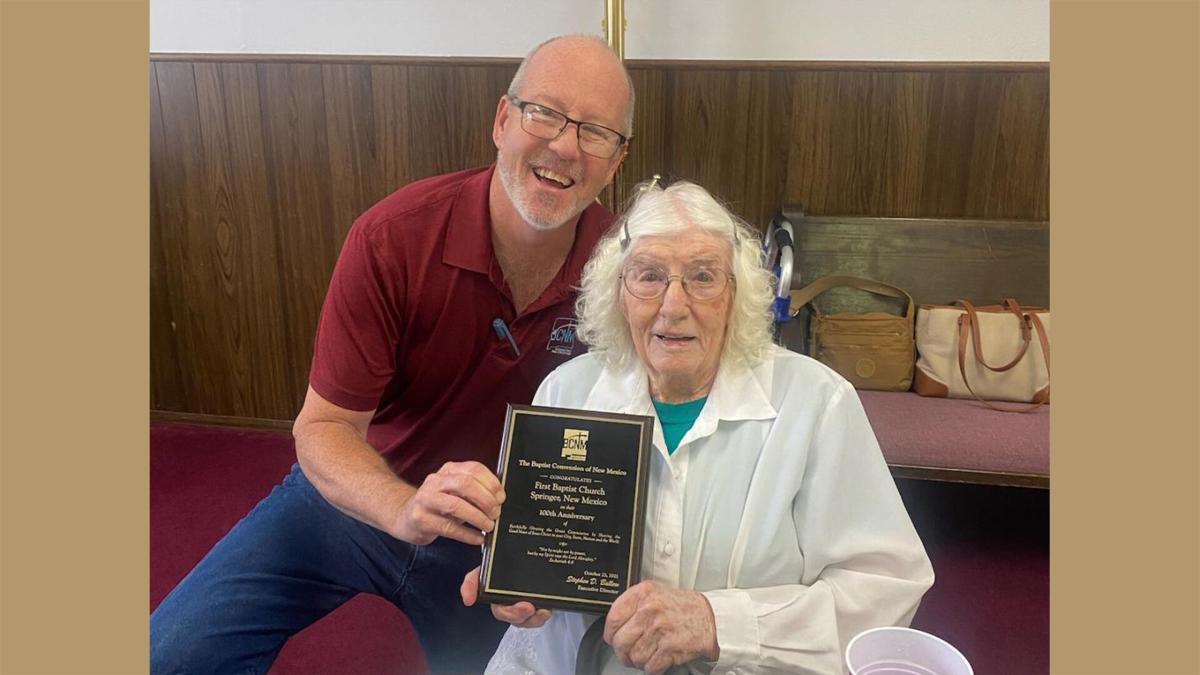 Rick Brittan, the Baptist Convention of New Mexico’s northern New Mexico regional strategist, presents a plaque to Molly Kelley on the day of First Baptist Church, Springer’s, Centennial Celebration. Kelley, a member since 1958, is the oldest active member of the church. SN5149 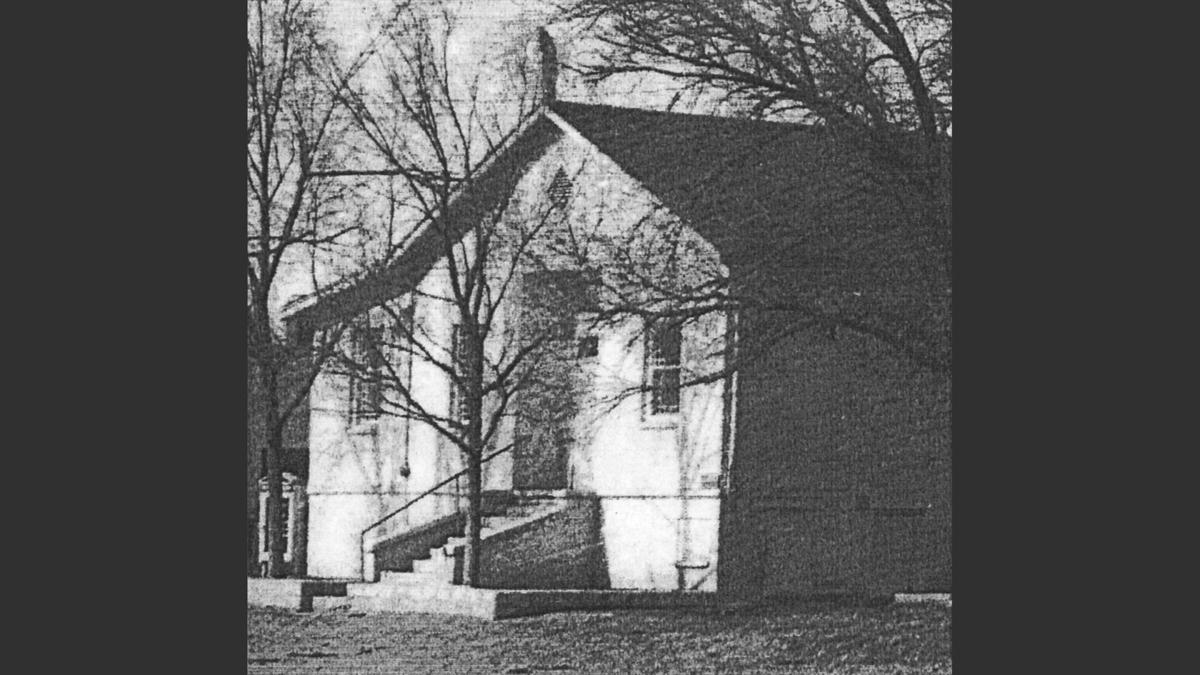 Rick Brittan, the Baptist Convention of New Mexico’s northern New Mexico regional strategist, presents a plaque to Molly Kelley on the day of First Baptist Church, Springer’s, Centennial Celebration. Kelley, a member since 1958, is the oldest active member of the church. SN5149

During the service, Rick Brittain, the Baptist Convention of New Mexico’s northern New Mexico regional strategist, congratulated the church on behalf of the BCNM. He presented a plaque to Molly Kelley, the oldest active church member - a member since 1958.

One hundred years ago, in the summer of 1921, the people of the Church of French Tract and the residents of Springer met and decided the community needed a church. Members in full fellowship and regular standing from the Church of French Tract withdrew membership and united with the new church in Springer. H.C. Reavis became the clerk pro tem at that time. The people voted that the name of the church would be First Baptist Church of Springer. They further adopted Pendleton’s Articles of Faith and Covenant.

T.M. Blacklock was the church’s first pastor, followed by W.E. Dawn. The First Baptist Church of French, organized in 1920, dissolved upon the pending formation of First Baptist Church in Springer, where many of the French membership resided. The Springer church opened with 22 charter members recorded at the time. H.C. Reavis became the church’s first ordained deacon. Later, D.W. Garrett and Paul Elmore became deacons. Currently, Roy Mitchell serves as the church’s senior pastor.