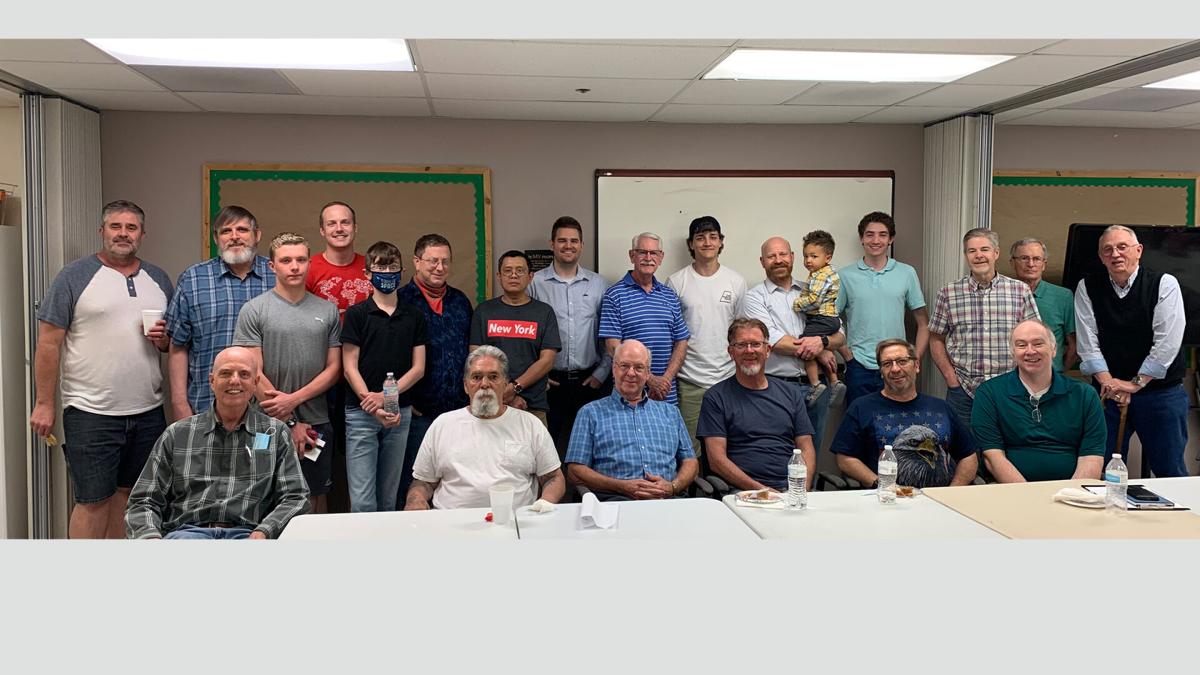 Pastor Stephen Baum, First Baptist Church West Albuquerque, hoped a group of five to eight men would show up to talk about disciple-making processes in the church. The first week 24 men came. Here Baum and other men in the church pose for a photo. SN4459 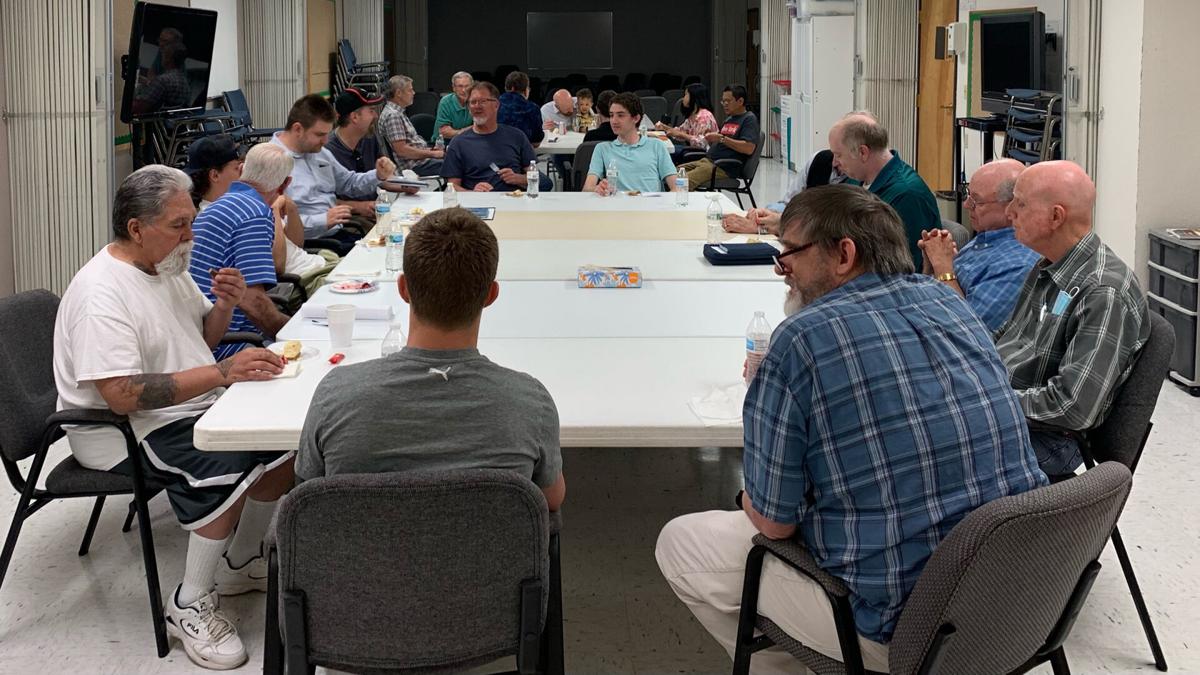 Men at First Baptist Church West Albuquerque gathered to talk about the church’s structures, values, and behaviors regarding disciple-making. They were evaluating if those elements were connected with Scripture or not. SN4459

Pastor Stephen Baum, First Baptist Church West Albuquerque, hoped a group of five to eight men would show up to talk about disciple-making processes in the church. The first week 24 men came. Here Baum and other men in the church pose for a photo. SN4459

Men at First Baptist Church West Albuquerque gathered to talk about the church’s structures, values, and behaviors regarding disciple-making. They were evaluating if those elements were connected with Scripture or not. SN4459

ALBUQUERQUE (BNM) – Stephen Baum, senior pastor of First Baptist Church West Albuquerque, concluded a 10-week study of discipleship culture within the church. The conclusion of Baum's study is the final project of his Doctor of Ministry requirements through Gateway Seminary. Baum hopes the study shows that making disciples is "not just an elective in the church, but it is what followers of Jesus do."

"Among churches in America, there is a strong disconnect between what members think disciple-making is and how well it's going, and what church leaders think it is and how it's going. It is not just off by a few percentages; it's complete opposites," Baum said, reflecting on the study. The project sought to help the men of FBCWA think biblically about what defines a disciple of Jesus and help them discuss how, as a church, they could grow in likeness to Christ.

Baum’s study took place over ten weeks. He had initially hoped for a group of five to eight men, ages 18 and above. In the first week, 24 men showed up, the youngest being 14 years old. "This was way more than I anticipated would show up. Of the 24, 20 of the men stayed with the process,” he said. “I focused on men specifically because over and over again in scriptural context God is calling men to be the spiritual leaders in the homes and also in the church.”

The study involved walking through layers of the church's organizational culture and how those are submitted to the Word of God. As the men worked through the project, they worked on equipping the men for discipleship and discipling practices - based on how to help people grow in their faith. Baum said, "I've already begun to see 15 or 16 of the men begin approaching other men in the church for starting discipling relationships."

As for what Baum hopes to become of the study, "I want to see a personal commitment to disciple-making. [I want them] knowing that making disciples is not just an elective of the church, but it is what followers of Jesus do. ... I hope to see that have a cascading effect, instilling a desire and love for helping other people grow in discipleship so that this becomes a replicating and generational disciple-making movement."

Baum believes that there would be benefits for working alongside other local churches and sharing the project with them. "If churches want to make disciples, but they don't know why they're not making disciples, [it could help.] [They need] to look at structures, values, and behaviors within the church and, then, hold those up against Scripture - which we hold as the foundation - and see where there is discontinuity,” he said. “That's where culture change will begin to take place when we use the Bible as a sincere spiritual mirror."

Stephen Baum invites other pastors to contact him if they are interested in his notes from the FBCWA study.