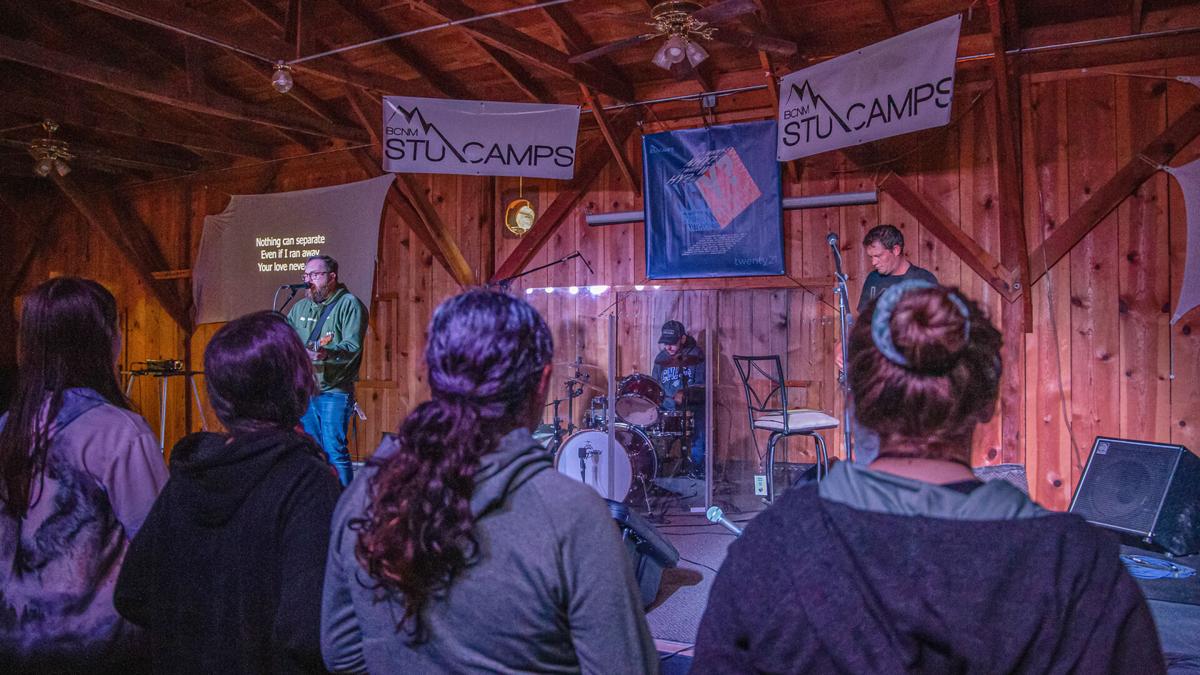 Students that attended one of the three weeks of StuCamps focused on their personal relationship with Jesus Christ. Worship was led by 100 Anthems and main sessions were taught by one of three youth leaders brought in for the camps.  SN4654 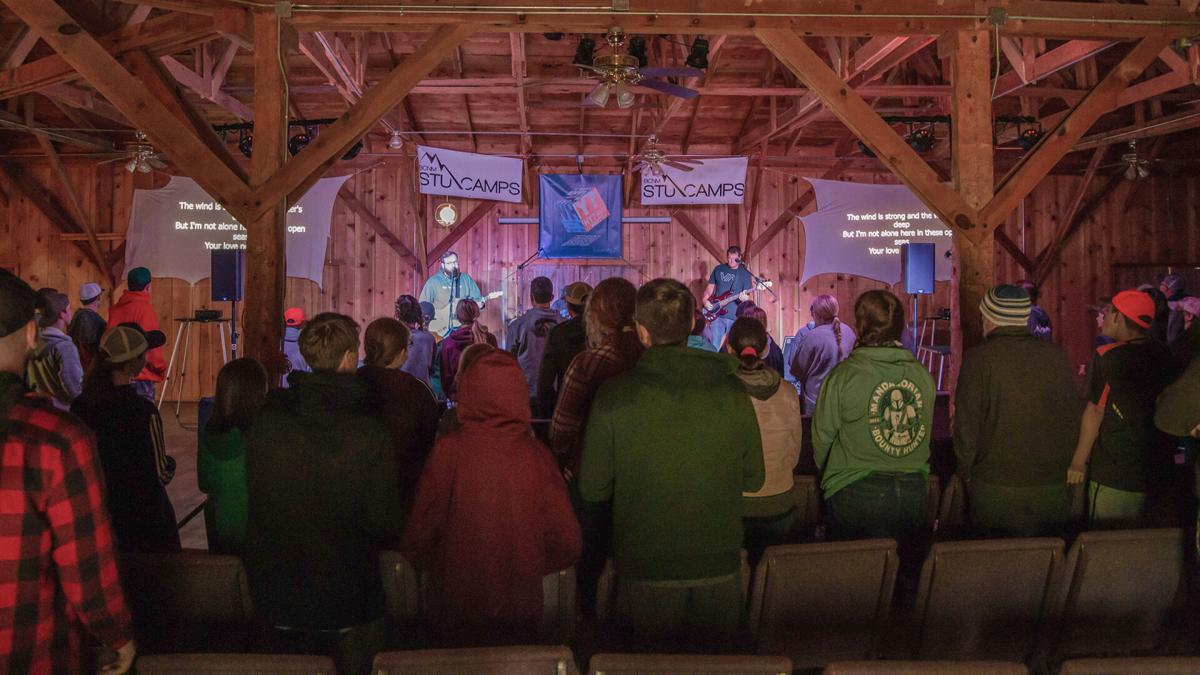 400 students from 22 churches around the state attended StuCamps this summer. The camps recorded 25 salvation decisions. SN4654 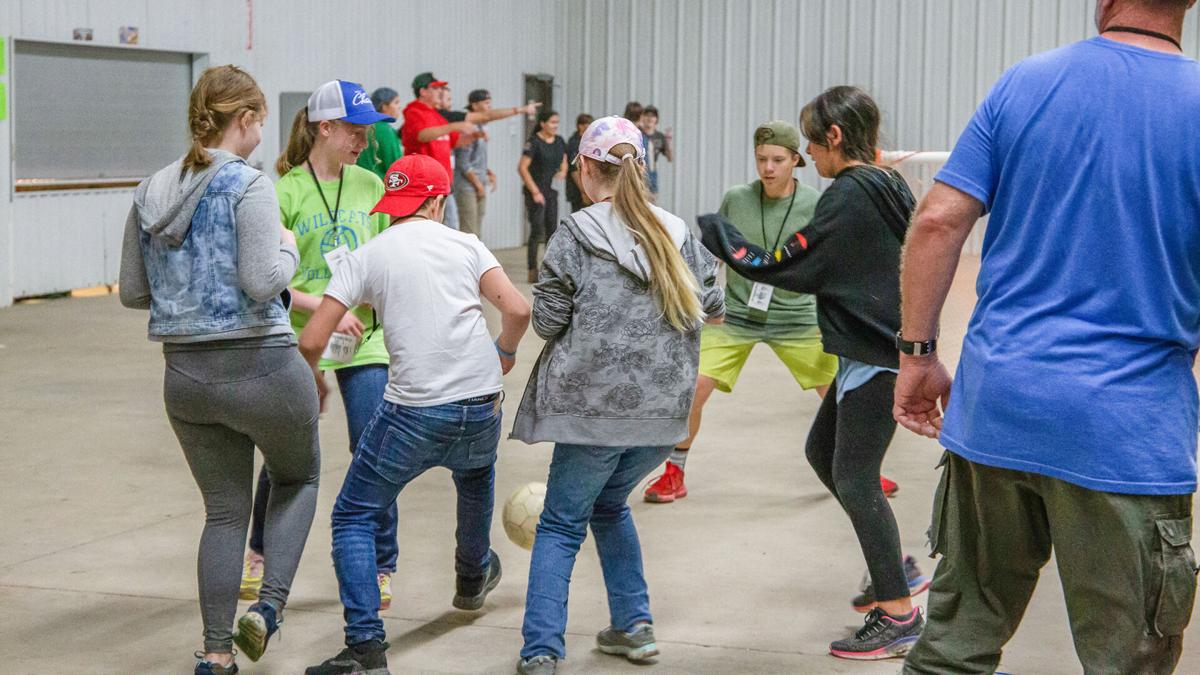 Along with personal devotion time, students at StuCamps had recreational time. During the time, students were encouraged to grow relationships and team build with members of their churches and others at the camp with them. SN4654

Students that attended one of the three weeks of StuCamps focused on their personal relationship with Jesus Christ. Worship was led by 100 Anthems and main sessions were taught by one of three youth leaders brought in for the camps.  SN4654

400 students from 22 churches around the state attended StuCamps this summer. The camps recorded 25 salvation decisions. SN4654

Along with personal devotion time, students at StuCamps had recreational time. During the time, students were encouraged to grow relationships and team build with members of their churches and others at the camp with them. SN4654

Fifty-seven students made spiritual decisions during the three weeks of the Baptist Convention of New Mexico’s StuCamps. Focusing on middle school and high school-aged students, the three weeks of camps saw renewals of commitments to Christ, surrenders to vocational ministry, and lives saved.

Sam Swann, the BCNM’s Leadership Development Team leader, guided planning of the camps. He said that turnout was higher than expected. In total, the camps drew 400 students from 22 churches. “I expected that our attendance would be down, just because that’s the trend for everything. Typically, we would have 35 or 40 churches involved, and we had less. But, it was more than I thought it was going to be. There was this air of different excitement because, I think, the students and pastors were just excited to be there,” Swann said. The slightly lower turnout allowed for churches to be fully separated in housing instead of housed together.

Concerning spiritual matters, 2021’s StuCamps recorded 25 salvation decisions. A student attending StuCamps 2.0 said, “I didn’t really want to come. But, I did and got saved.” The three camps also recorded 12 renewed commitments to the Lord and ten students who surrended to vocational ministry. Another ten students responded saying they needed to get baptized. “What I learned this week is that God being in control is not a bad thing and that He actually is in control. The effect it has is that I am going to take the next step to actually get baptized and then start sharing that with other people,” Keira, a student at StuCamp 3.0, said.

A student of StuCamp 1.0 said, “This camp has really helped me to start building my relationship with Christ because I have always said I am going to do it, and I always have had the tools. But, I’ve never actually done it. This camp pushed me in the right direction and gave me a good solid foundation. So, when I go back home, I can build my relationship with Christ and get baptized and be a part of a church.” All three camps encouraged students to dive into their relationship with Jesus through main teaching sessions and personal devotions.

StuCamps also collect a mission offering every year from students and their churches. This year the three camps raised $6,837 that will help Hispanic churches in New Mexico be more creative in their strategies to share the Gospel in their communities. The BCNM’s Mission Mobilization Team will assist churches in their efforts with funds they might be otherwise lacking.

Swann stated, “It kind of felt normal and fun to be back at camp. And, I can’t tell you how many times I heard people say they were just glad to be here doing anything and being together with other people.”