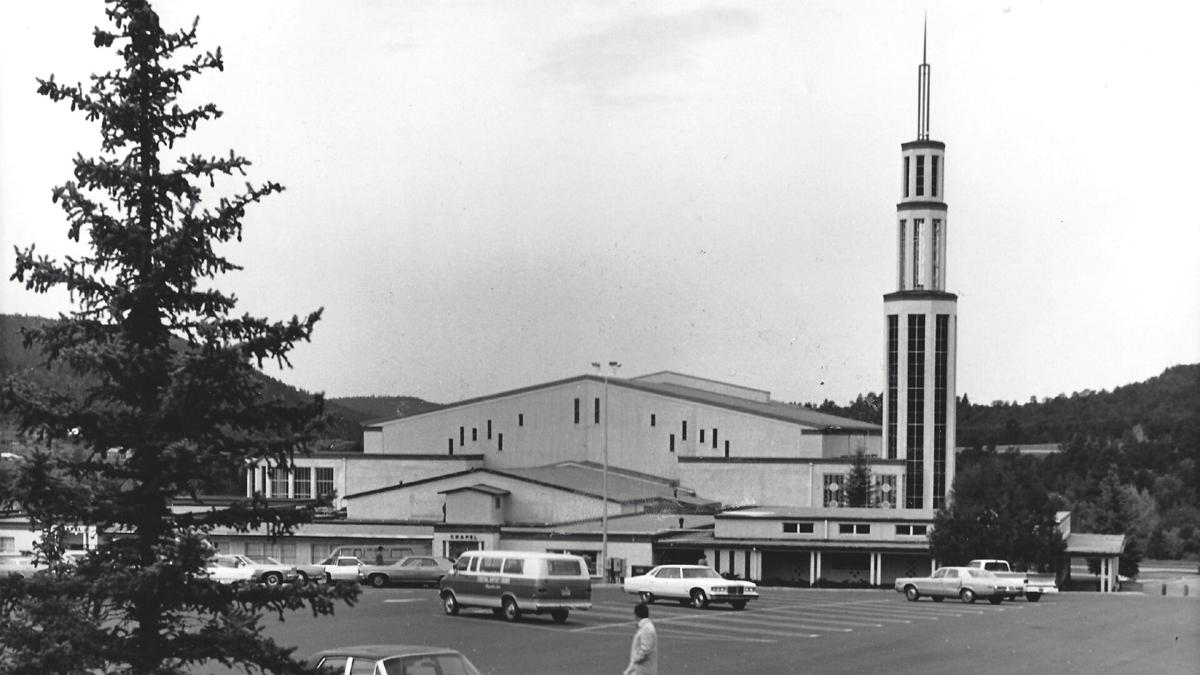 This undated file photo shows Glorieta Chapel on the grounds of the former Glorieta Baptist Assembly. 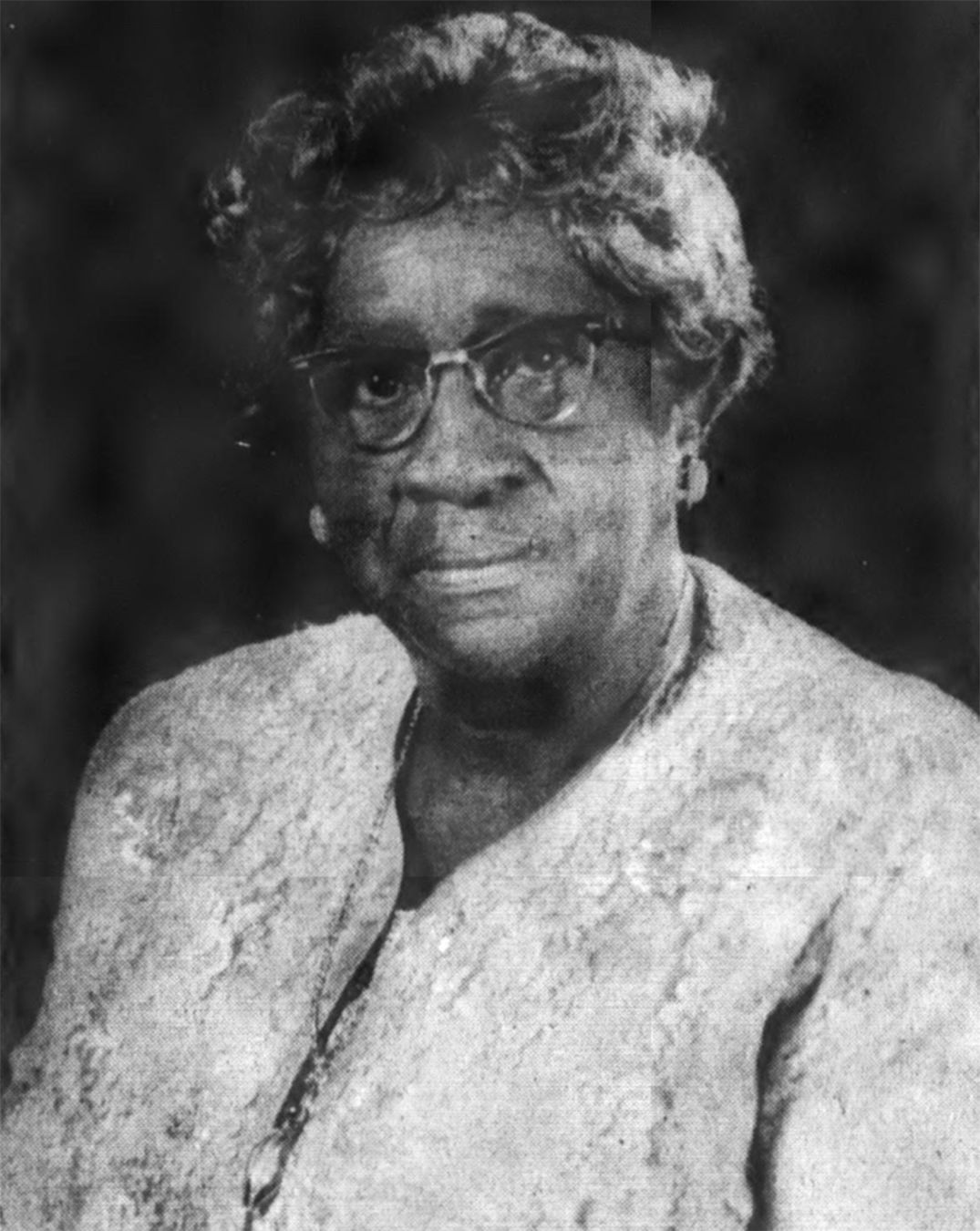 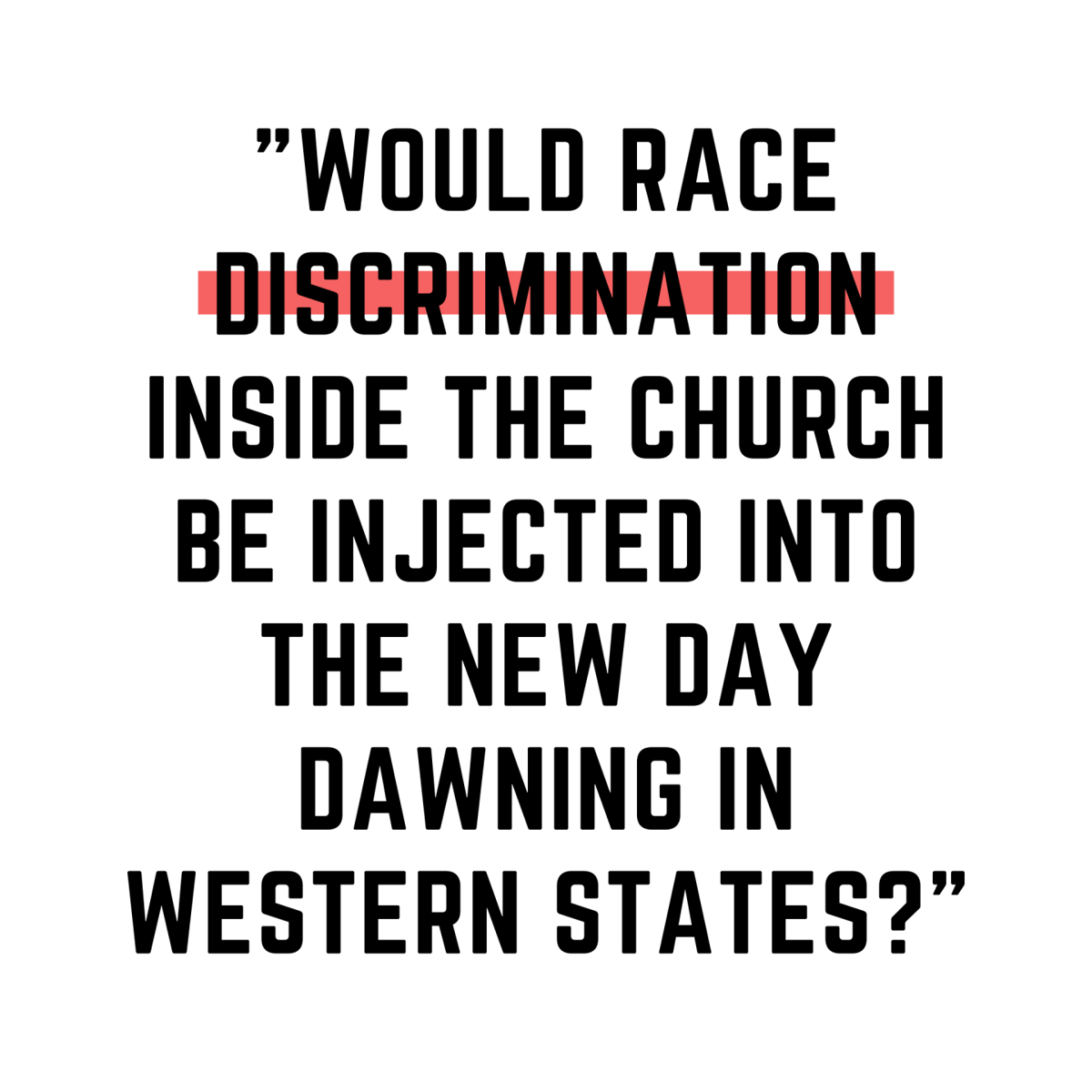 SANTA FE (BNM) - Many Southern Baptists are familiar with Annie Armstrong. She is the founder of the Woman’s Missionary Union and the namesake of the North American Mission Board’s annual Easter offering. Fewer know of Annie Filmore, a twentieth century pioneer of Baptist missions, who was initially denied fellowship with Armstrong’s WMU because of the color of her skin.

Between 1920 and 1960, WMU held varying and sometimes conflicting positions on race relations in the United States. In 1927, WMU leaders took a public stand against lynching. In 1940, WMU trained black women for ministry within their respective churches. However, in a 1946 issue of the WMU’s Royal Service magazine, the organization rejected the desegregation as “unreasonable.” Three years later, in the same magazine, WMU promoted desegregation, and in the early 1950s supported the desegregation of public schools. Filmore became intimately familiar with WMU’s conflicting views on race relations in 1953, when she attempted to attend two different WMU conferences, on two sides of the country.

Early in the morning on June 29, 1953, 23-year-old Dale Danielson felt the Holy Spirit prodding him to leave his family’s cabin at Glorieta Baptist Assembly and drive out past the camp’s gates to the old transcontinental highway. What happened next stuck with him for the rest of his life.

In a 1985 written account of that day, Danielson wrote that the “stillness of that early morning hour was enchanting.” However, it wasn’t long before that stillness was interrupted. According to Danielson, “in the distance came the deep bass voice of a mighty engine drawing closer. Soon, the silhouette of a silver-sided, blue and white, Greyhound bus drove into sight atop the pass. It was slowing and its air brakes hissing as the driver pulled to the side of the highway as casually as a city driver pulls to a bus stop. Out here in the middle of nowhere, the door swung open and a passenger stepped off.” The passenger was Annie Filmore, a black woman from Durham, North Carolina. Filmore approached Danielson and asked if he was the camp manager. Danielson informed her that he was not, but offered to drive her to speak with him. She agreed.

During the drive, Filmore told Danielson that she and the other women in her church were not allowed to attend Woman’s Missionary Union weeks at Ridgecrest Assembly in North Carolina. “Christians from all over the world come to it, but we are not allowed. So, when I read about this new ‘Western Ridgecrest’ opening up, the Lord moved me to want to come,” she said. Filmore may have been referencing a public invitation to the camp by the Baptist Convention of New Mexico’s executive director, Harry Stagg, who called New Mexico “the finest possible atmosphere of international and interracial fellowship.” At the time, the Sunday School Board (now LifeWay Christian Resources) generally opposed integrated gatherings at Ridgecrest. In 1946, the board rejected a proposal by Baptist Student Unions to include African American students at a retreat hosted by the camp. At any rate, spurred by the promise of unmitigated Christian fellowship at Glorieta, Filmore purchased a $70 bus fare and embarked on the three-day journey to New Mexico, where she hoped to attend a WMU conference at the camp.

Danielson pulled up to the camp’s registration office, and the pair walked inside. Filmore relayed to the registrar at the front desk that she had a reservation with E. Allison Herron, Glorieta’s manager. Danielson, noticing the look on the registrar’s face, decided to wait with Filmore. According to Danielson, “the registrar disappeared briefly into the back rooms and in a moment came and escorted Mrs. Filmore into the manager’s private office. The door closed.” Danielson was left waiting in the lobby as Filmore, Herron, and the registrar met privately.

Danielson sensed a pivotal moment unfolding, which had ramifications for the larger Southern Baptist legacy in the western United States. Recalling the event, he wrote, “Now the water of idealism was striking the wheel of reality in the registration office. The future hung in the balance. Would race discrimination inside the church be injected into the new day dawning in Western states?”

Danielson’s question was answered moments later, when Filmore emerged from Herron’s office, noticeably upset. She walked over to Danielson and sat down beside him. “I have to get back on the bus and go home. He says he will let me stay, but only if I stay by myself. And, since each hotel room is for three guests, I will have to pay triple rate. I don’t have enough money to stay,” she explained. Danielson objected, insisting that she stay with him and his mother as a houseguest in their private cabin. Filmore obliged.

Filmore and Danielson’s mother, Margaret, quickly bonded. Of the two, Danielson wrote, “My mother was a very white, full-blood Scotsman and Mrs. Filmore was a very black Carolinian. But inside they were exactly alike. They were two of the most missionary-minded ladies to ever walk this earth.” In a history of Glorieta, written by Danielson and his wife, Betty, he added, “I knew Annie Filmore was on a direct line to heaven just by talking to her. She and my mother were on the same wavelength. They were close in minutes, like two hearts jumping out for one another.”

According to Danielson, “the Woman’s Missionary Union ladies from everywhere adopted Annie Filmore into their hearts and made her their favorite guest that week, thus breaking down the decades of segregationism.” He noted that when Filmore knelt for her evening prayers, “heaven came down. She assaulted the streets of gold with the outpourings of a born-again soul.”

Reflecting on her friendship with Filmore, Margaret wrote, “She was the greatest blessing God brought into our home in that opening summer of 1953.” After she returned home to Durham, Filmore wrote the Danielsons, thanking them. “Because of your generous attitude and help, I have rededicated my life to the Master.”

After learning of the incident at Glorieta, Baptist New Mexican editor, Lewis Myers, publicly rebuked Herron’s racist actions in a 1953 BNM editorial. He wrote, “it undid everything western Baptists strove for in getting Glorieta here … we are a pageant of multiple peoples living together in diversity and sharing. God has made us one blood of all nations.” In a BNM article published the following year, Myers commended the Danielsons actions, writing, “We hope that out here in the great Southwest where live four dominant races, the world can be shown what Christian amity can do.”

Dale Danielson, a lifelong member of First Baptist Church, Albuquerque, passed away in 2015. In a recent interview with the Baptist New Mexican, Betty Danielson spoke of her late husband’s character, saying, “He was just very mission-minded. His mom was a great missionary woman in the church and won many, many people to the Lord in First Baptist Church. He was brought up to not be prejudiced against any other person, no matter what.”

Filmore was an active member of Mt. Vernon Baptist Church in Durham, North Carolina. She held several leadership positions in the General Baptist Convention of North Carolina’s missions community. Filmore served as the sixth president of the Durham County Missionary Union, corresponding secretary of Women’s Convention and an officer of auxiliary for the Lott Carey Baptist Foreign Mission Convention. She passed away in the 1970s.

Note: The information in this article is derived from two written accounts of Dale Danielson’s interactions with Annie Filmore, an interview with Betty Danielson, archival copies of the Baptist New Mexican and the Carolina Times, and the following books: “Contending for the Faith: Southern Baptists in New Mexico, 1938-1995,” by Daniel R. Carnett; and “Getting Right With God: Southern Baptists and Desegregation, 1945-1995,” but Mark Newman.

Daniel Porter is staff writer with the Baptist New Mexican news journal and GoBNM.com, news and information outlets for the Baptist Convention of New Mexico.

During the past few months, the Eastern Hills Baptist Church, Albuquerque, youth group and I have been slowly working through Jesus’ Sermon on the Mount (Matthew 5-7). We recently came to verses 1-12 of chapter 7, a passage that contains Jesus’ famous instruction, “Judge not, so that you won…

I am excited about the Resourcing Worship Virtual Worship Conference. Worship is worth the attention. I will share more about the conference at the end. First, I want to talk about worship leaders. They are so important.

The Great Questions in the Bible, Part 2

Jesus asked, “For what does it profit a man to gain the whole world, and forfeit his soul” (Mark 8:36)? At first glance, you might think that this is a question about money.