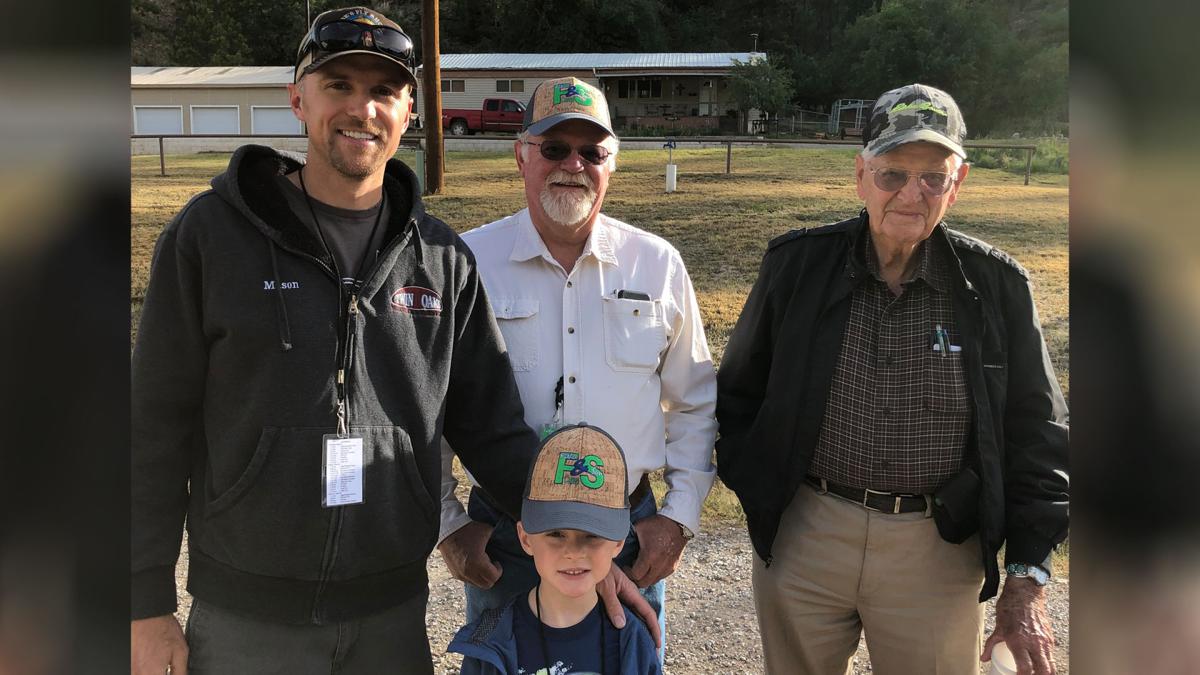 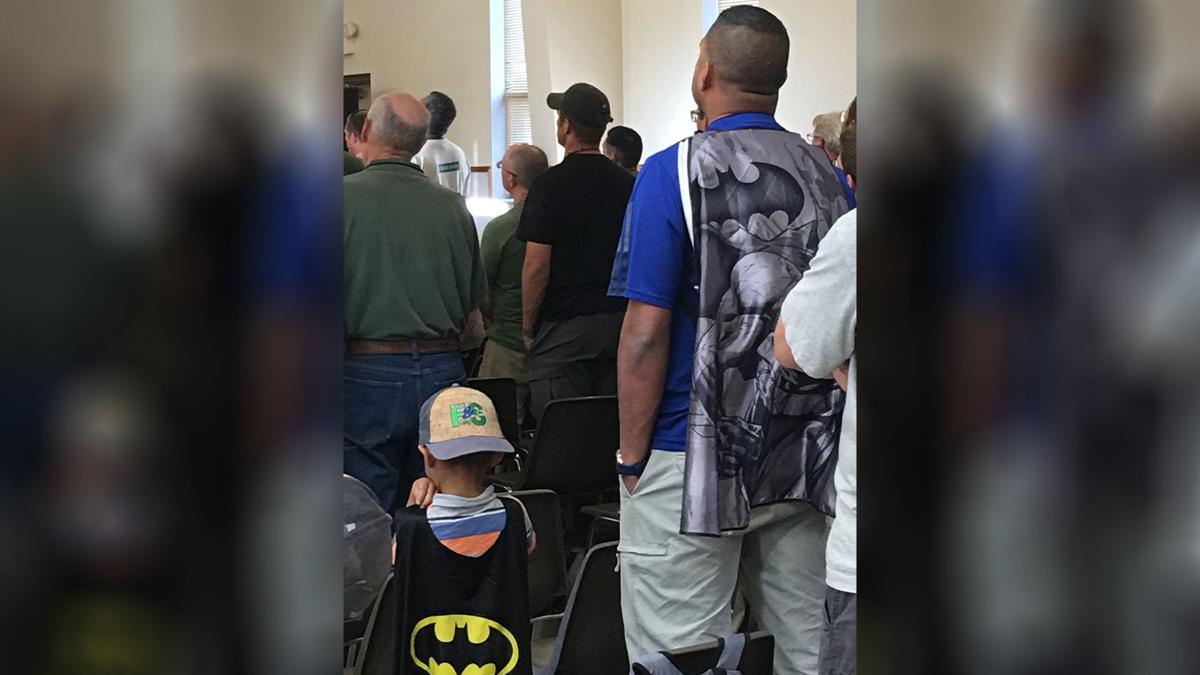 Jody O’Briant, pastor at First Baptist Church, Jal, served as the camp’s pastor. He explained what “being a dad” means. He also shared his testimony about being a small child when God brought a godly stepfather into his life. O’Briant and his two sons were attending the camp for the first time.

After registration Thursday afternoon, campers picked out Pinewood Derby racers and received sandpaper to prepare them for painting. Campers also attended a basketball clinic led by Josh Prock, Eastern New Mexico University’s basketball coach, who attended with his son. The “Poach Coach Trailer” from the New Mexico Game and Fish Department was open during the afternoon, too.

Taos’ Todd Bowman opened the Rock Shop and brought his son, Justin, to help. Most of the campers had never made jewelry before.

The camp’s Pinewood Derby race ran on Saturday morning. Hinze’s church allowed the camp to use its racetrack. Boys raced each other in two different age groups. The top three finishers in each group received awards. The boys also competed against their dads and granddads in a fun race after Friday evening’s worship.

Andy Peck, a chaplain at Kirtland Air Force Base, brought a group of 86 campers. One campers’ father flew in from another state to spend the weekend with his son and grandson.

Campers of one family, the Davis family, spanned four generations. Mason Davis, pastor of Bethel Baptist Church, Deming, arrived with his son, Mason Jr. Davis’ father, Don Davis, who had been recently volunteering at the camp, was also attending. Then, Steve Davis, Don’s dad, arrived unexpectedly to surprise them all. Don and Steve Davis are from Portales.

John Pugh, from Portales, recalled one of his favorite things about the weekend: “Seeing my grandson, Jonathan, climb the rock wall after not making it until the third try,” he said. “He did not give up!”

"Regathering" might be a better term than applying the government's "reopening" language to the church. Church buildings closed, but the church never did. Buildings are houses of worship; churches are not. New Mexico's Baptist churches never closed. In fact, every day, when the church doors …

Grounded in Truth Amid Uncertainty

During these days of uncertainty and difficulty, remaining grounded in biblical truth matters more than ever. Positive thinking may help, but real and lasting peace comes from God through Jesus Christ. No other source offers all that He is willing to provide. Amid so many perspectives on the…

During times like the coronavirus pandemic, pastors need pastoring as much as members.