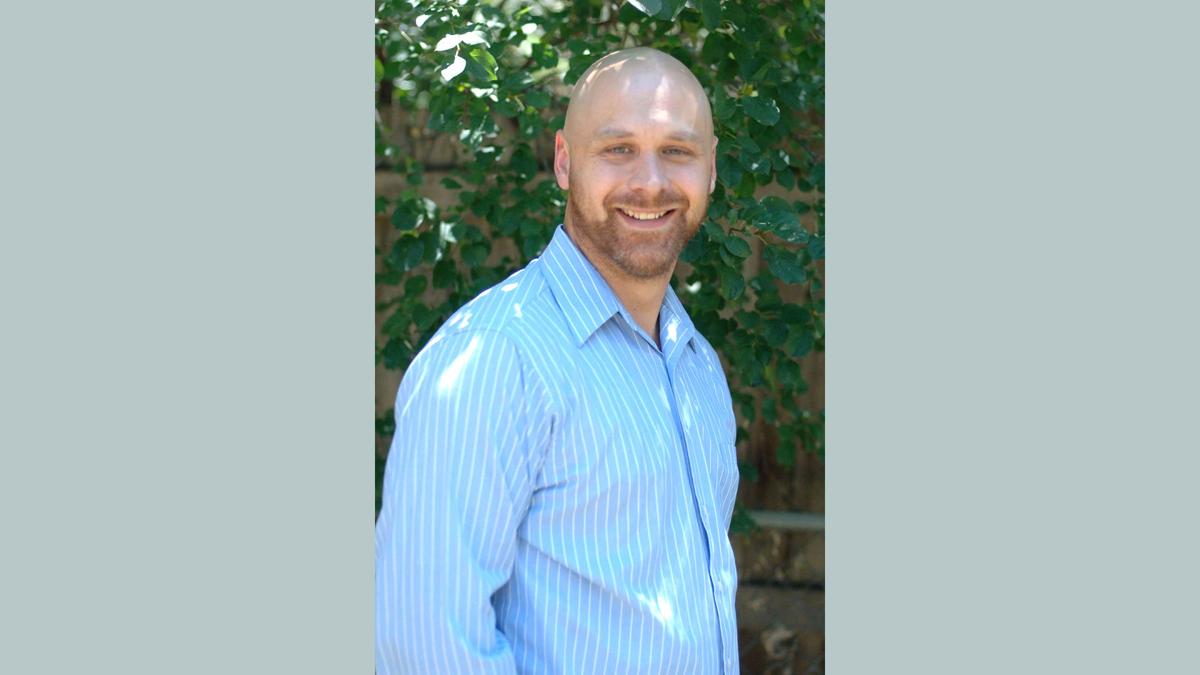 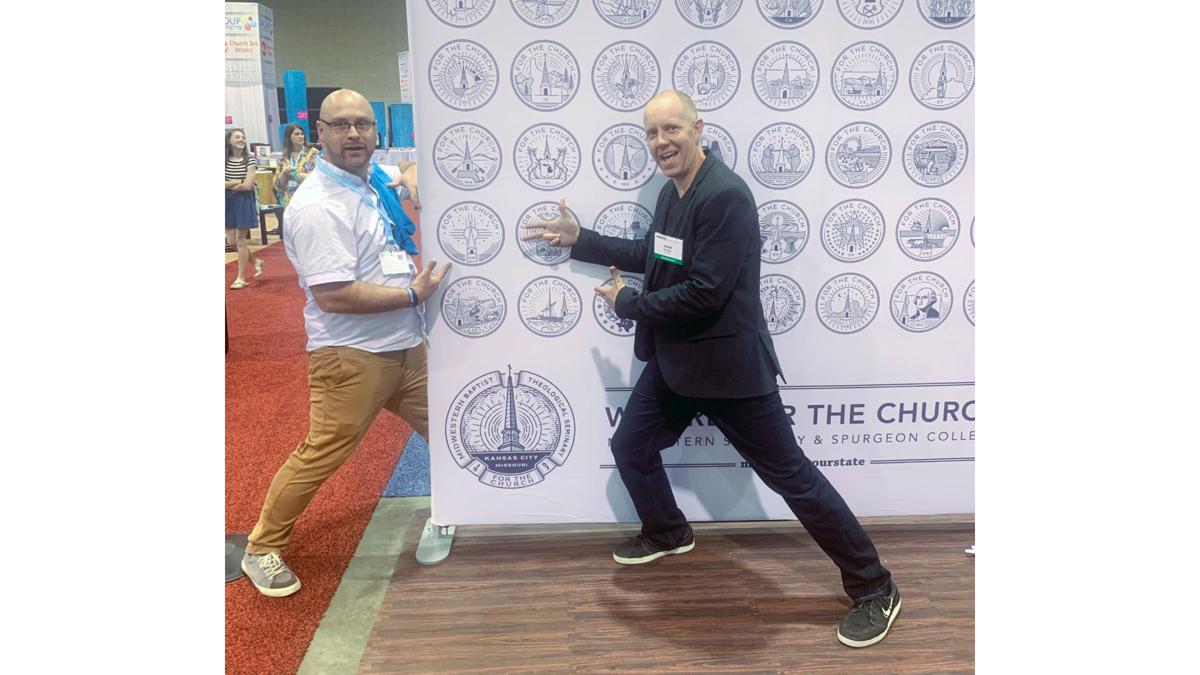 Chris Promersberger, lead pastor of Mountain Valley Church, Edgewood, poses with Jared Bridge, pastor of Anchor Church, Albuquerque, in front of a poster for Midwestern Baptist Theological Seminary, Missouri, where Promersberger plans to further his education. Both pastors are pointing to the New Mexico logo on the seminary poster.

Chris Promersberger, lead pastor of Mountain Valley Church, Edgewood, poses with Jared Bridge, pastor of Anchor Church, Albuquerque, in front of a poster for Midwestern Baptist Theological Seminary, Missouri, where Promersberger plans to further his education. Both pastors are pointing to the New Mexico logo on the seminary poster.

Although he made no motions, Promersberger said he attended the meeting as a messenger to discuss bylaw amendments on behalf of his church. He was the only messenger from Mountain Valley. Additionally, he wanted to bring a report back to his church regarding the current state of the SBC. Since Promersberger also plans to pursue a Doctor of Philosophy degree (Ph.D.) in Biblical Theology at Midwestern Baptist Theological Seminary in Kansas City, Missouri, he participated in some of the seminary’s events, such as its Alumni & Friends meeting.

Promersberger said the meeting was “really encouraging and well-handled,” and he particularly praised the SBC’s emphasis on the Gospel – the meeting’s theme being “Gospel Above All” –  and the response to the topic of sexual abuse throughout the meeting. The two highlights of the meeting for him were the convention focusing toward the Gospel and the commissioning of the new International Mission Board missionaries.

Although he generally expressed positivity toward the 2019 meeting, he said he hopes the 2020 meeting will offer more time to discuss resolutions. He plans to send messengers from his church, and possibly attend himself, to participate in next year’s meeting in Orlando, Florida.

Promersberger has pastored Mountain Valley since fall 2017. Before he became the church’s pastor, he served as a church planter in Denver, Colorado.

During times like the coronavirus pandemic, pastors need pastoring as much as members.

How to Manage Social Distancing Fatigue

NASHVILLE (BP) - The coronavirus has propelled our world overnight into patterns that are not normal. Many of us had never heard the term "social distancing" until health professionals recommended that this is the solution toward "flattening the curve" of new coronavirus infections.

Many churches have moved their worship services to some form of electronic media. Churches are learning new ways of doing worship, small groups, and Sunday School through Zoom, Skype, Facebook Live, Instagram TV or other platforms. They are approaching ministry differently, trying to connect…