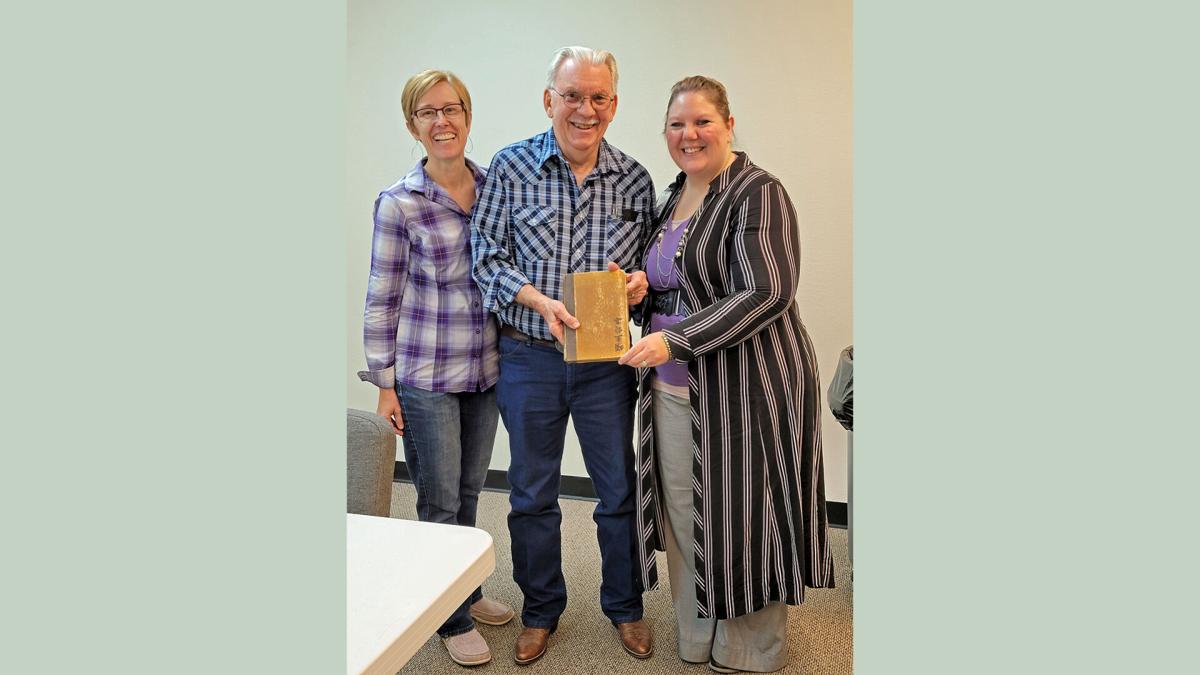 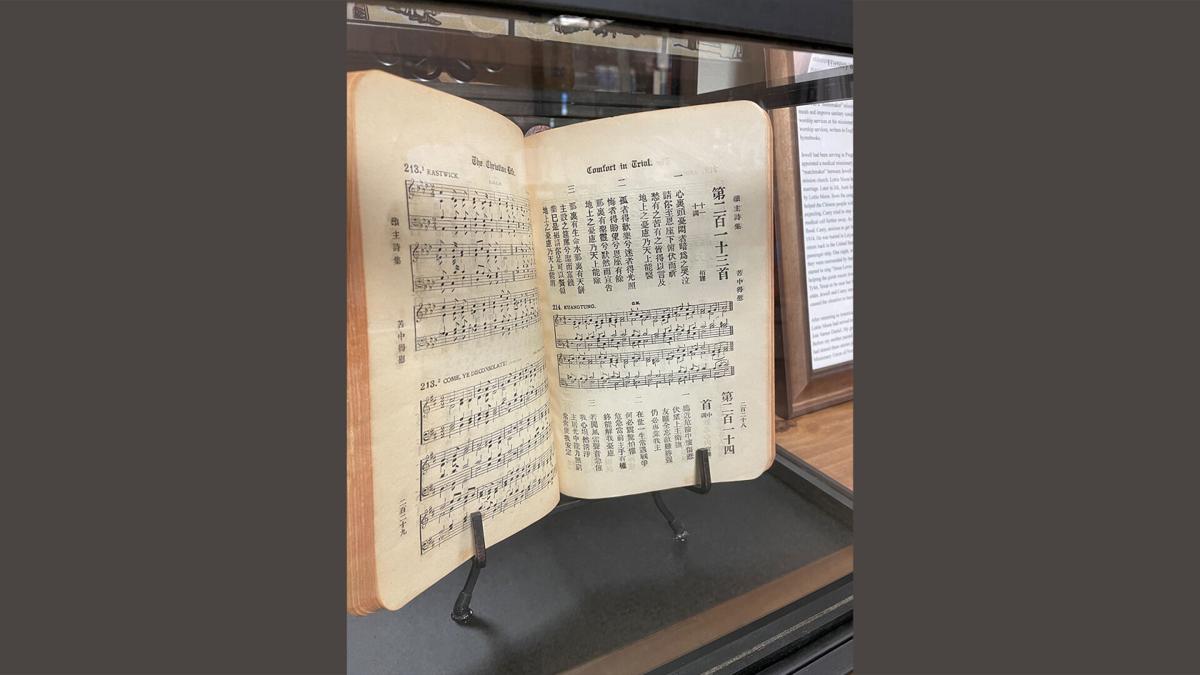 Written in English and Chinese by Lottie Moon, this hymnbook was used in worship services in Pingtu, Shantung, China in 1914. SN5146

Written in English and Chinese by Lottie Moon, this hymnbook was used in worship services in Pingtu, Shantung, China in 1914. SN5146

ALBUQUERQUE (BNM) – A hymnbook compiled by Lottie Moon while on mission in China was presented to the New Mexico WMU and displayed at the Baptist Convention of New Mexico building. The hymnal was presented by Ira Shelton, the grandson of a missionary who worked closely alongside Moon in 1914.

At the age of 32, Lottie Moon left her job, home, and family in the United States to follow God’s lead as it took her to China. Moon remained in China for 39 years, learning the language and customs of the people with whom she shared the Gospel while challenging churches in America to send and support more missionaries abroad. After her death, the Lottie Moon Christmas offering was created.

Jewell served in Pingtu when Carey Daniel arrived at the mission compound and was appointed a medical missionary with the Foreign Mission Board. Lottie Moon played “matchmaker” between Jewell and Carey, and the two married, Feb. 25, 1914, in the mission church. Lottie Moon helped the church pastor with the words for their Christian marriage. Later in life, Aunt Jewell jokingly said that she and Carey were practically married by Lottie Moon.

Soon the couple was expecting their first child. As a medical missionary, Carey traveled to help Chinese people with medical needs in a far-reaching area. With Jewell expecting, Carey tried to stay near the compound; however, he did have to respond to an urgent medical call further away. As he was returning to the mission compound, he encountered a sudden flash flood. Anxious to get back to his wife, he tried to cross the flooded creek but drowned, June 28, 1914. He was buried in Laiyang City, Shantung, China.

Shortly after Carey’s death, Jewell started her return journey to the United States. She hired a guide to get her to the coast, where she could board a passenger ship. One night while they were still traveling to the coast, the guide told Jewell that bandits had surrounded them. She responded, saying they needed to pray and sing to God. So, they started singing “Jesus Loves Me.” Soon, the bandits joined them in singing. The bandits ended up helping the guide escort Jewell to the coast.

Jewell eventually arrived back in the states and moved to Tyler, Texas, near her husband’s family. She gave birth to Carey Daniel, Jr. When Carey got older, Jewell and Carey, Jr., returned to China, where she served as a missionary until political unrest caused the situation to become unstable.

Returning to America once again, Jewell still held possession of the hymnbook that Lottie Moon had created. She passed the book to her sister-in-law, who was Shelton’s grandmother. Before Shelton’s mother passed away, she passed the book down to him. Jewell had personally told the story of the hymnal and mission work to Shelton.

The hymnbook will reside at the BCNM building in Albuquerque in a display created by Denise Clymer.