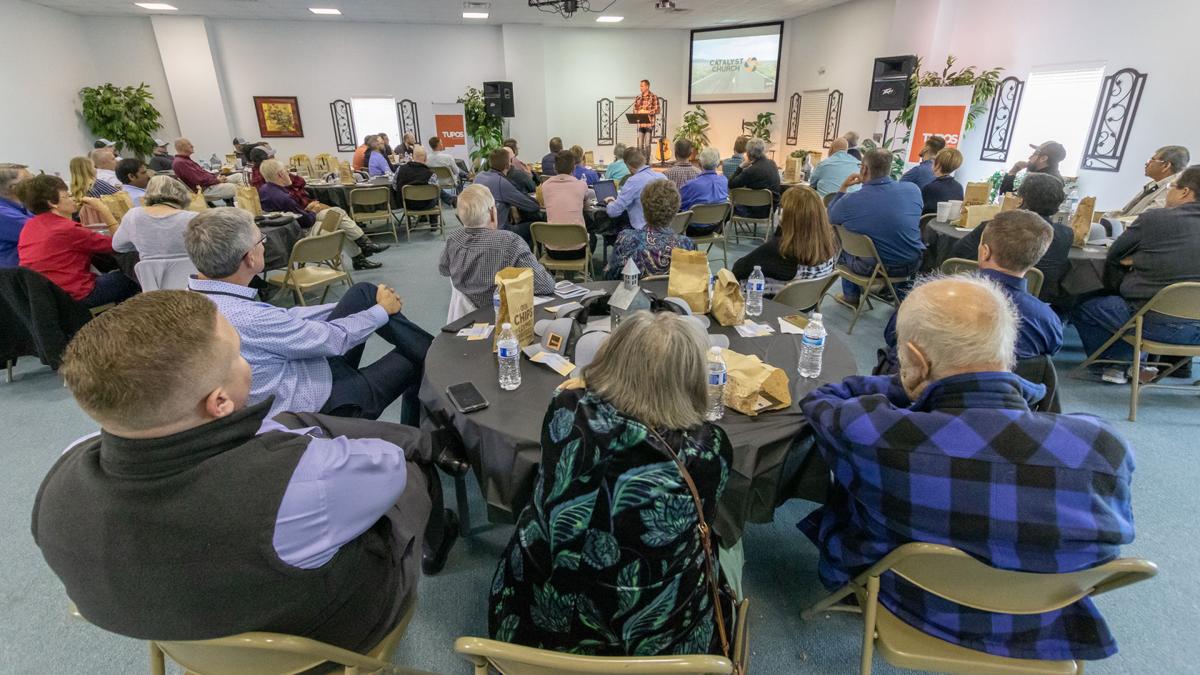 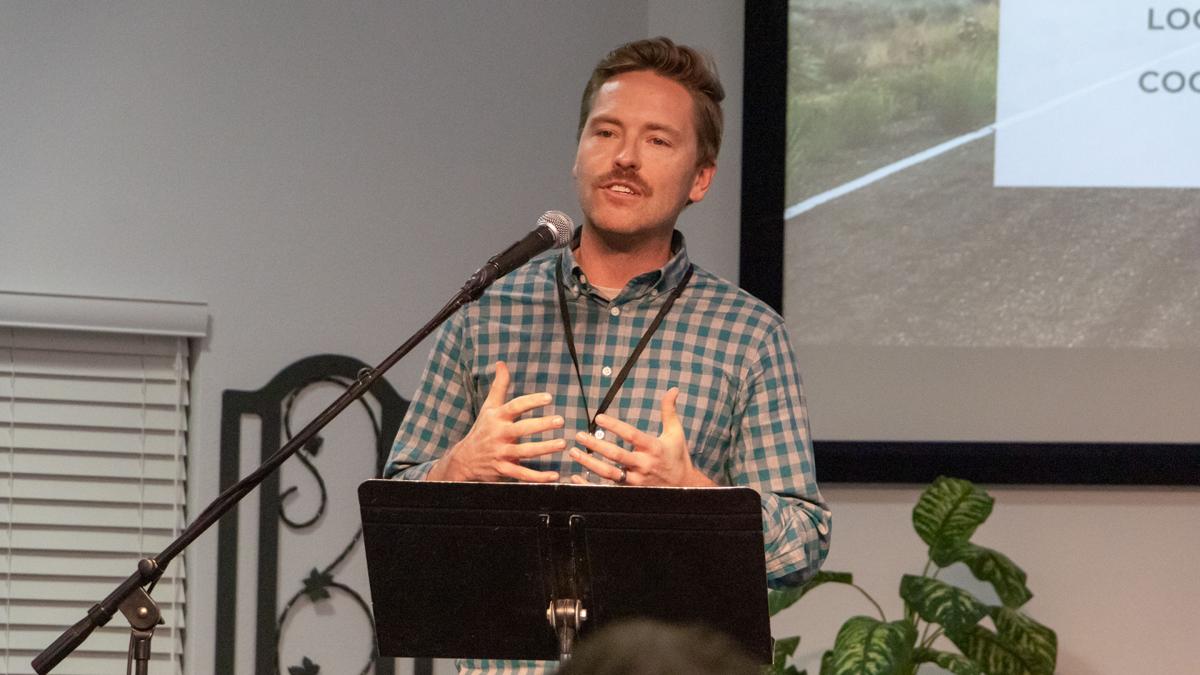 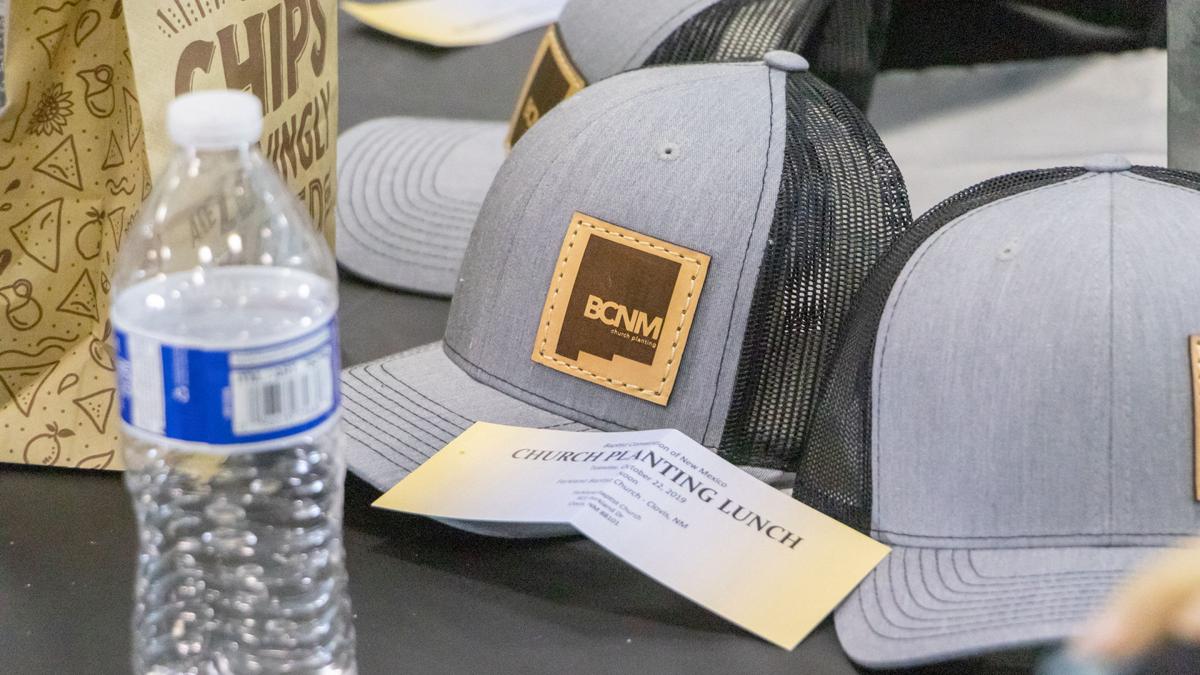 Guests of the Baptist Convention of New Mexico's 2019 Church Planting Luncheon received BCNM branded hats during the event. The luncheon - held at Parkland Baptist Church, Clovis - was part of the BCNM's 2019 Annual Meeting. 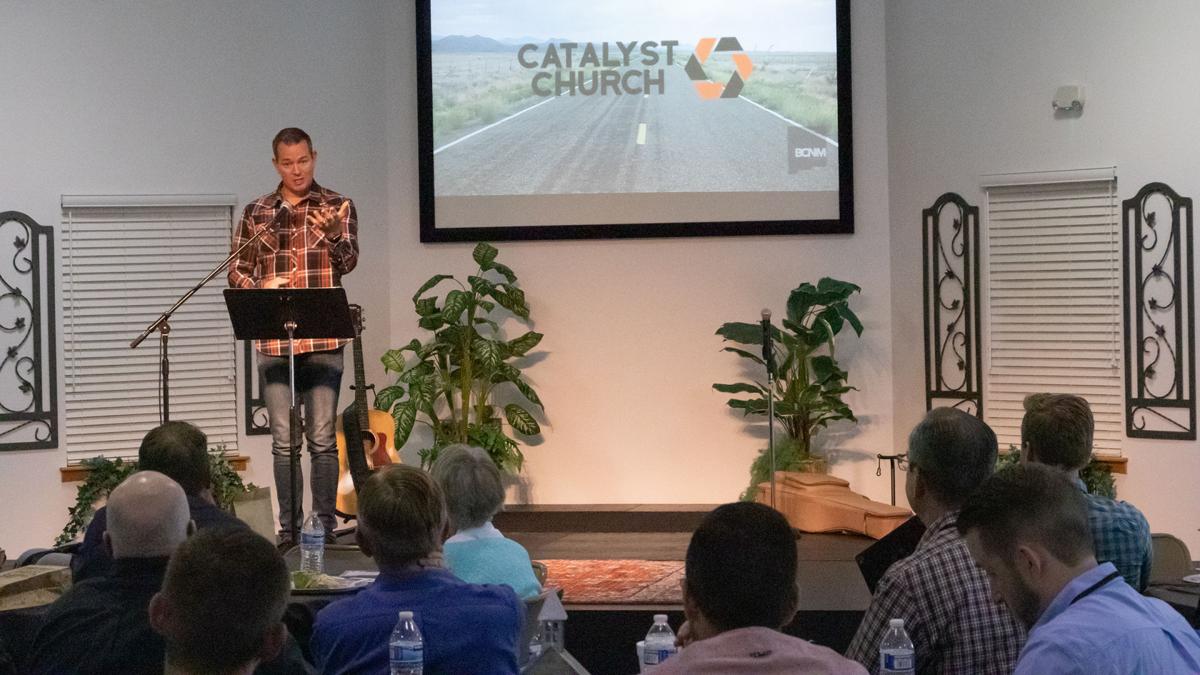 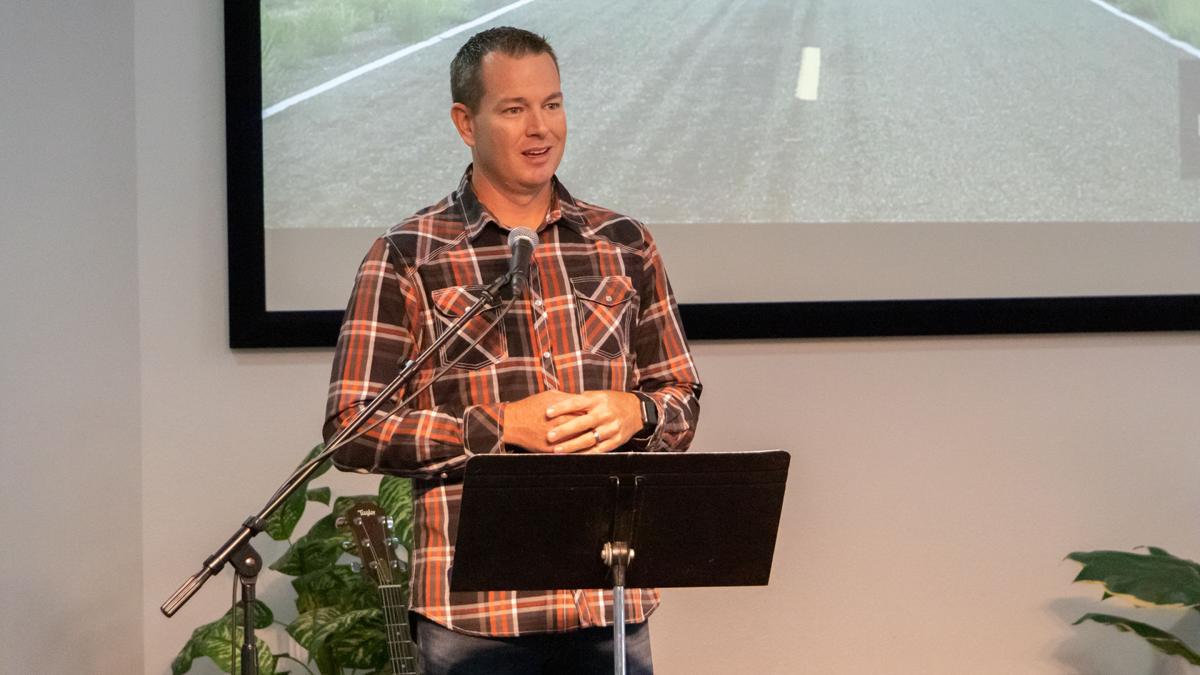 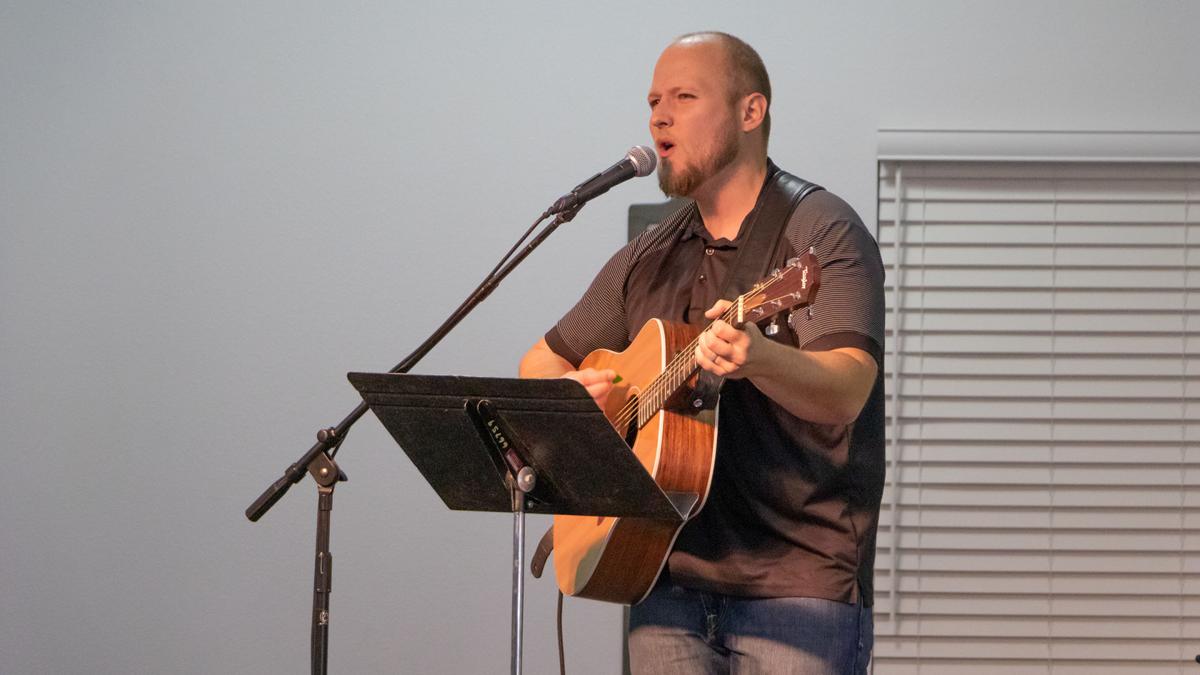 Guests of the Baptist Convention of New Mexico's 2019 Church Planting Luncheon received BCNM branded hats during the event. The luncheon - held at Parkland Baptist Church, Clovis - was part of the BCNM's 2019 Annual Meeting.

During his address, Frederick shared his testimony, including God’s call on his life as a church planter. After several years serving at First Baptist Church, Rio Rancho, Frederick felt a call to return to his hometown of Artesia to plant a church. “This wasn’t just a burden to be at home, but to start a new work at home,” he said.

Catalyst Church will celebrate its fourth anniversary in January 2020. In addition to God’s grace, Frederick credits Catalyst’s success to Cooperative Program giving, telling those in attendance, “We were able to get where we are now because of the [Cooperative Program].”

Earlier this year, Catalyst purchased 31.5 acres of land on which it plans to construct a church building. When he first planted, Frederick said people would often ask him if Artesia needed another church. Now, Frederick says he asks his congregation, “What would happen if this church didn’t exist? Would Artesia be different if Catalyst Church didn’t exist?” Now, these questions drive Catalyst’s mission.

Then, Clint Moore, pastor at Christ Church, Albuquerque, shared the BCNM’s church planting strategy, following a realignment with the North American Mission Board. According to a card distributed at the event, the strategy is “A simple process that is Great Commission driven, biblically grounded, local church cultivated [and] cooperatively supported.”