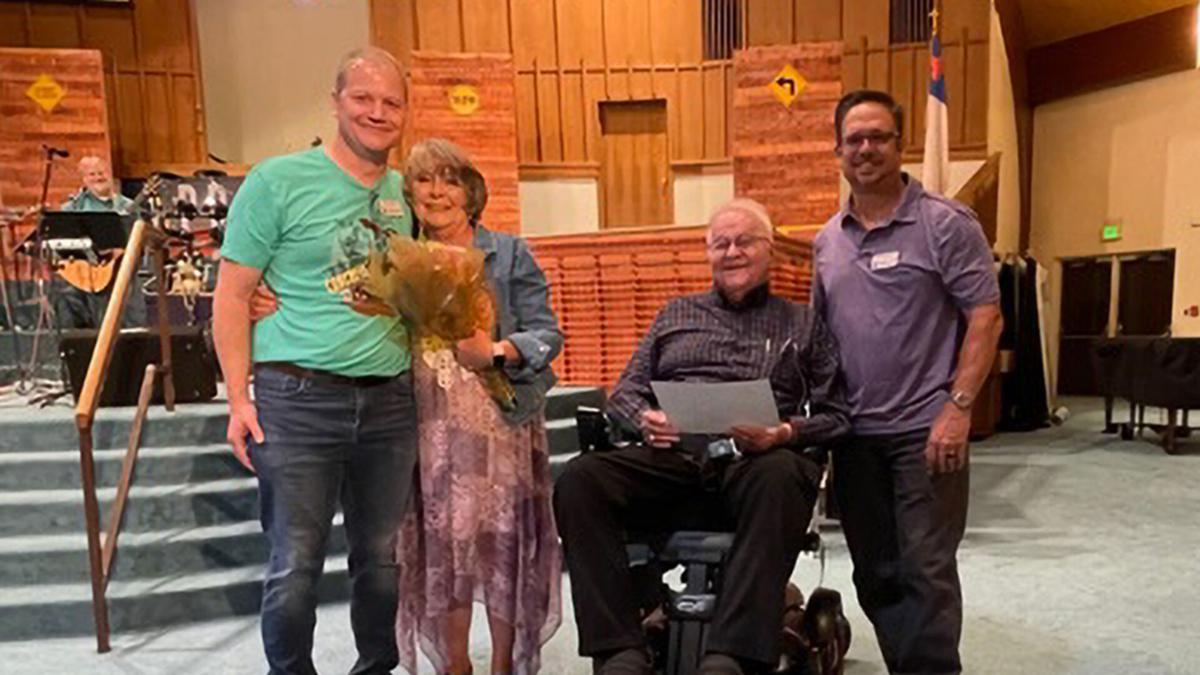 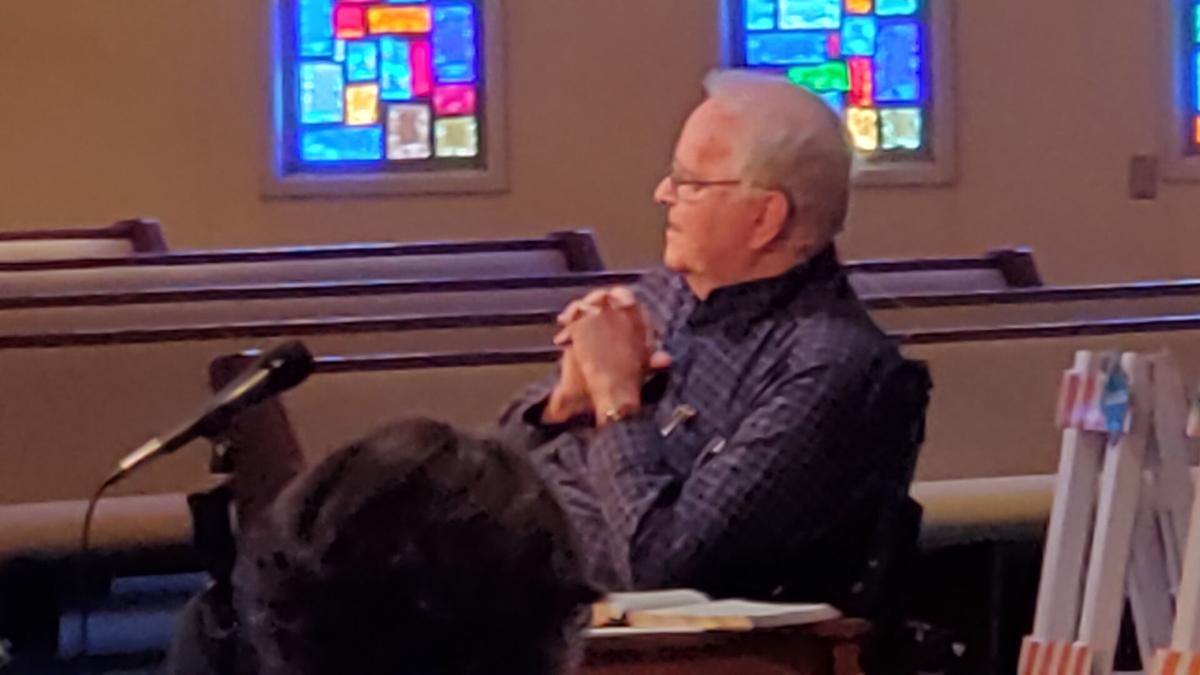 ALBUQUERQUE (BNM) – Eastern Hills Baptist Church, Albuquerque, celebrated with Larry Miller and his family his retirement as the senior pastor and pastor emeritus after 25 years.

The church planned a celebration of Larry Miller’s ministry to the church on June 6. Miller served as senior pastor for 23 years and as pastor emeritus for two years. Miller’s wife, Camille, retired at the end of the 2021 spring semester as Eastern Hills Christian Academy’s Administrator after serving 20 years at the school.

Current Senior Pastor Bill Connors, whom Miller mentored, introduced him before he preached on the day of remembrance and celebration. Miller began his message by mentioning special church families he served and the staff who served alongside him. Miller said that, as he prepared his message, he considered current world affairs and thought of John the Baptist, saying he was a “Voice crying in the wilderness.” Miller said, “We live in a wilderness.” Miller preached from 2 Kings 22, telling of King Josiah’s repair and restoration of God’s temple. In the temple, God’s people discovered the “Book of the Law.” King Josiah declared that the Book of the Law would be read in public to all the people of Judah. Revival broke out. Miller challenged the church, “Don’t be satisfied with the status quo spiritually, but rediscover the Word of God and be restored.”

Following the message, Connors presented the Millers with a certificate of appreciation and a love offering collected from church members. The church held a reception following the service in the church’s courtyard with Miller’s favorite treat - peanut butter cookies. At the reception, members and guests greeted the couple and expressed appreciation for their ministry.

Several church members made encouraging comments about the Millers’ ministry. Jeff Brach said, “Because of Larry Miller, this was the church for us.” Dee Hutson and Bill and Vicki Russell said, “Larry loves Scripture, the Lord and the Bible. He is a true pastor who loves the people and God. We felt his love today.” Maggie Connors Salido said, “Larry has had a tremendous influence on my family and my dad.”

Wayne and Stephanie Whitlock said, “I served on the EHCA school board for 14 years. Camille was a wonderful administrator, loved the school, students and parents. The parents loved her commitment and heart for the school and the church. She supported Larry and was a huge blessing to the ministry of EHCA and EHBC. Camille was the primary reason we joined EHBC.” Randi Davis said, “How incredible to dedicate so many years to the church.”

Miller came to Eastern Hills from Gruver, Texas, where he had served 15 years as senior pastor. He served as Eastern Hills’ senior pastor until the church named him “pastor emeritus.” In the new role, he continued to keep office hours and counsel and teach.

Miller grew up in Eastern New Mexico. His father, A.L. Miller, also spent most of his life pastoring in New Mexico. He graduated from Gadsden High School, Anthony (1960), and from New Mexico State University, Las Cruces (1965). He earned his Master of Divinity degree from Southwestern Baptist Theological Seminary, Fort Worth, Texas, (1980).

Before entering the ministry, Miller was manager of computer operations at White Sands Missile Range, a systems engineer for Electronic Data Systems in Dallas, Texas, and a systems analyst for Liberty National Bank, Lovington.